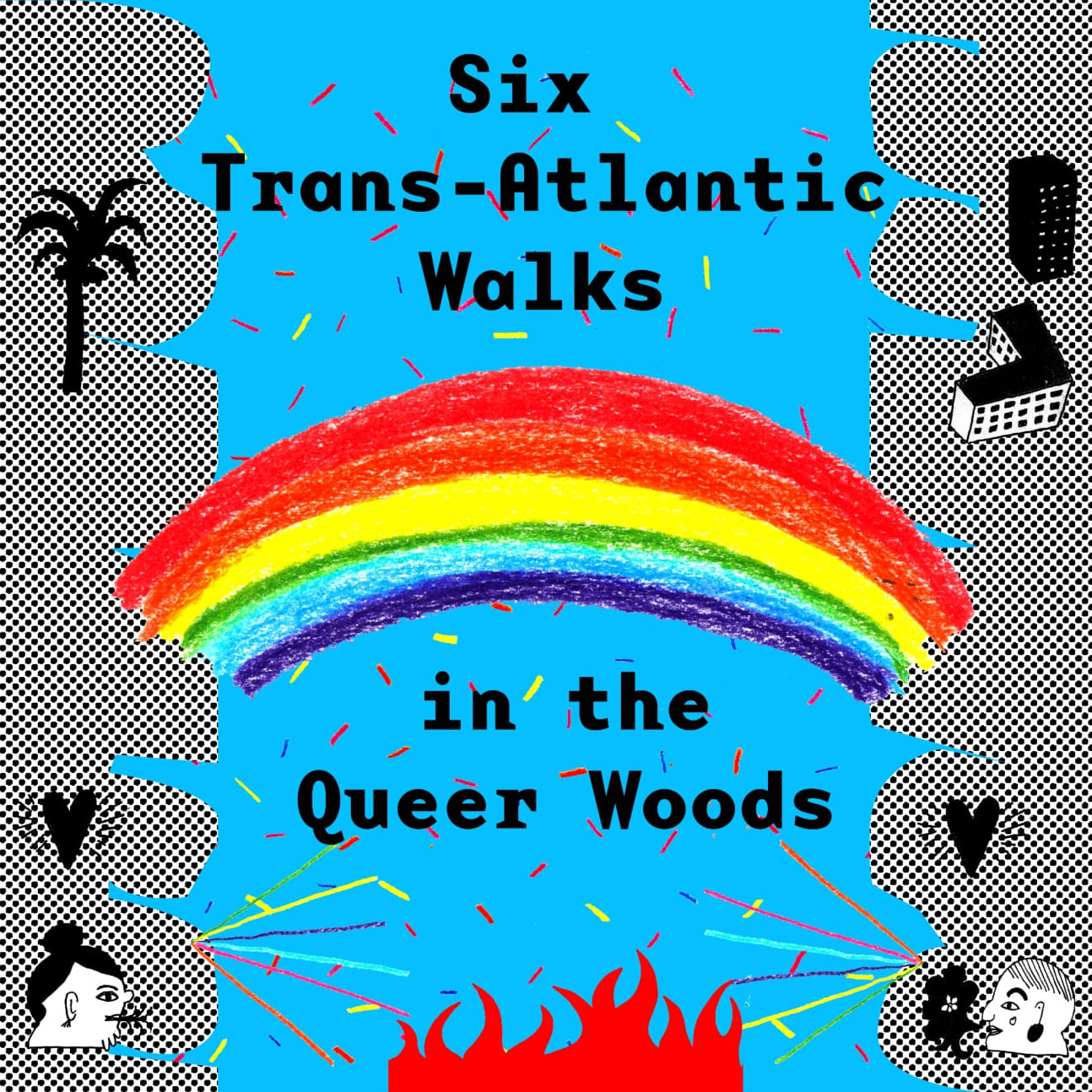 Six Trans-Atlantic Walks in the Queer Woods is a project of Eldorado Teatr’s Alphabet Cities ongoing digital live arts series. It is an international, intergenerational, multi-platform collaboration designed to build relationships, share stories, uncover histories, and strengthen understanding and solidarity among queer artists and allies in Poland, Ukraine, and the United States. The episodes in Six Trans-Atlantic Walks are recorded Zoom calls structured as films. Lightly edited and planned or not according to the preferences of the participating artists, Walks are something like “spontaneous documentaries,” in which meaningful sites and figures and stories of local LGBTQ+ culture come to light, along with the possibility of encounters with other community members along the way. The equivalent of taking an interesting new acquaintance on a tour of your hometown, Walks are also casual conversations between artists, which might meander through topics as diverse as artistic practice and influences, politics, survival, love, or anything else that might come up when two artists go out for a stroll.

This project is part of the IETM Local Journeys for Change activity which is supported by the European Union as part of IETM Network Grant 2022-2024 NIPA: the New International in the Performing Arts. #LJC2022