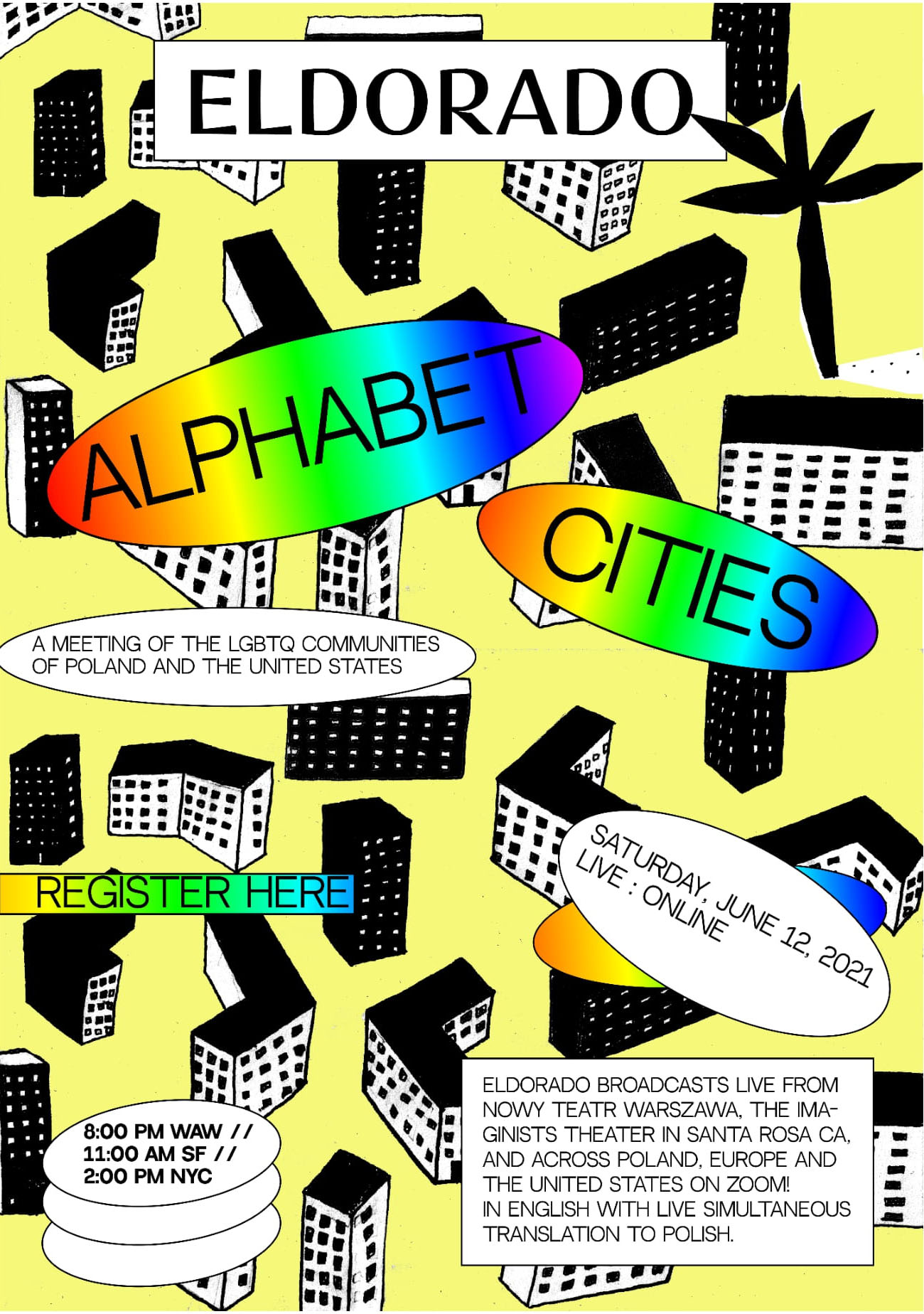 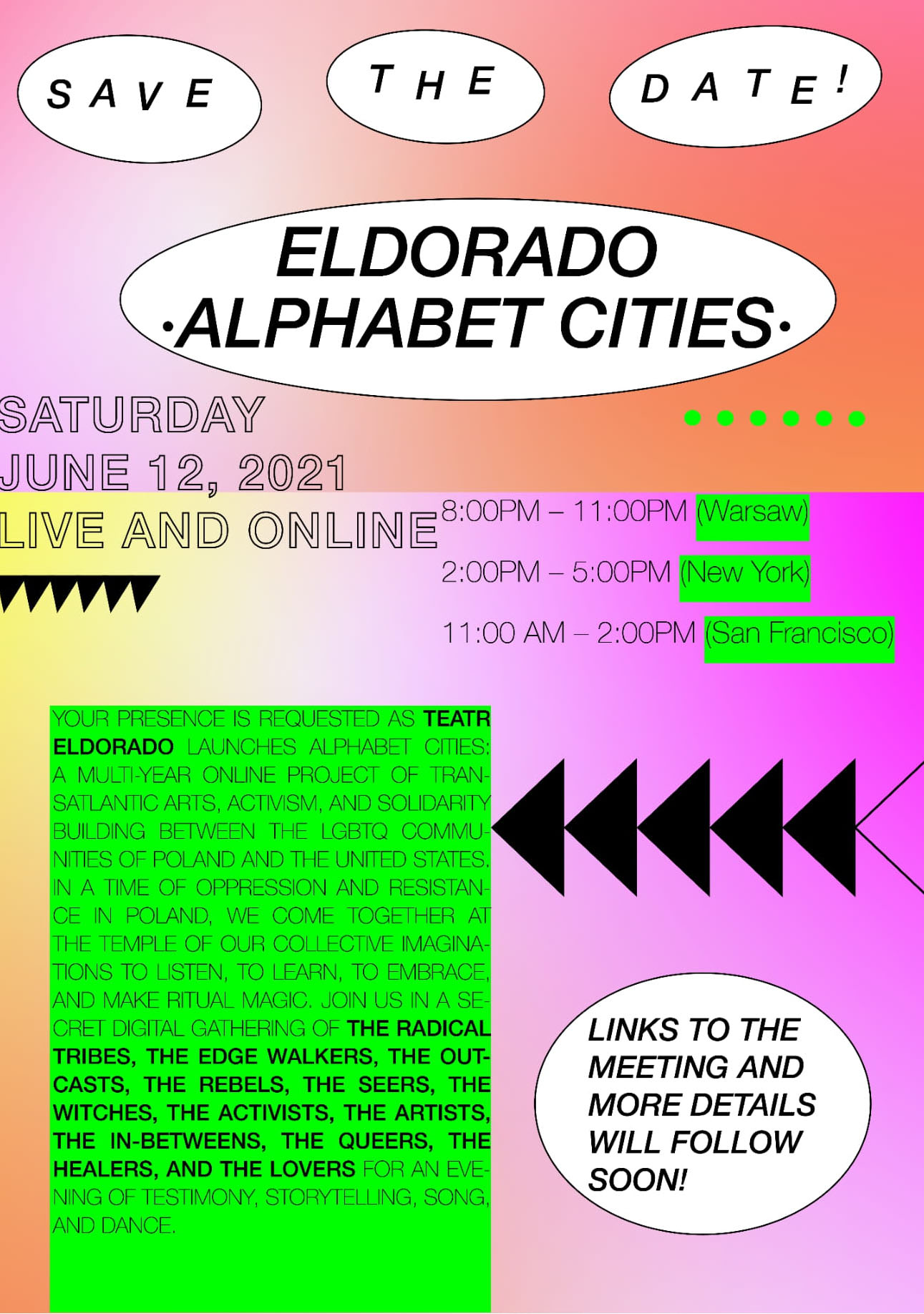 Alphabet Cities is an ongoing arts and activism project dedicated to the Polish LGBTQ community. The project seeks to build international solidarity, develop effective tools for activism, create intergenerational dialogue, and raise awareness of queer history and culture. It also commissions and presents artistic projects to encourage positive social change. It is inspired by the history of ACT UP in the United States and the historic roots of the original Eldorado theater, a Jewish theater that operated in the Warsaw Ghetto, and the Eldorado Club in Berlin in the 1920s and 1930s, a hub of early queer expression.

The First presentation of the project took place on Sunday, June 6, 2021 at Nowy Teatr in Warsaw and at the Imaginists Theater in Santa Rosa, California, and was broadcast live for a private audience on Zoom. It was hosted by Ed Wolf, Sister Merry Peters and Paul Bargetto and lasted for five hours. In the performance, queer elder artists and activists from the United States met with young Polish artists and activists in Poland for an evening of living history, performance, ritual, storytelling, testimony and dance.